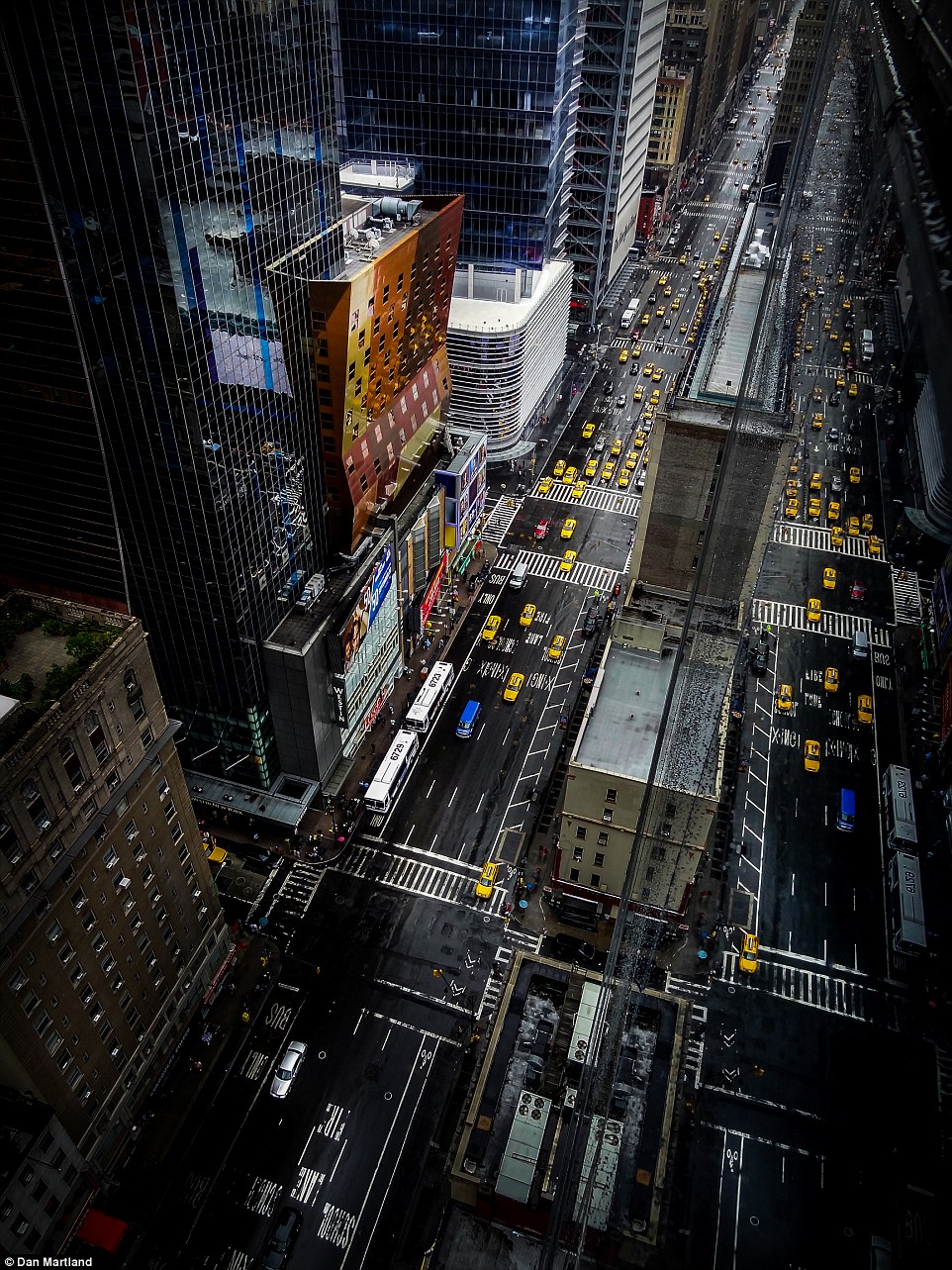 For British cameraman Dan Martland, wading into filthy rivers, close shaves with cabs and being crawled on by rats in abandoned buildings is just a regular day at the office.

The daredevil 36-year-old has gained quite a following on Instagram – using the moniker @dantvusa – by going the extra mile to capture New York like you’ve never seen before.

The shy freelancer, who worked for ITV News until last year, has been praised for capturing unique shots of some of the city’s most iconic locations.