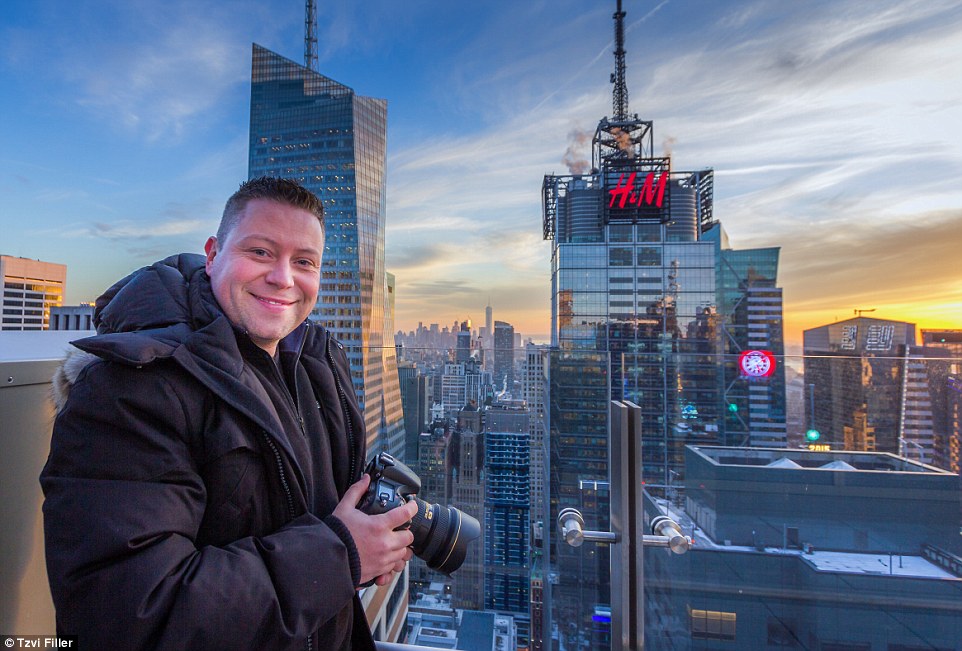 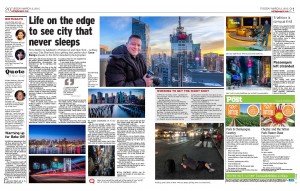 New York City may be full of iconic locations that are perfect picture material, but one Nottinghamshire photographer has dedicated his life to capturing that unique angle.

Dan Martland, who lives in the ‘Big Apple’ but studied in Mansfield, will risk busy city traffic, towering skyscrapers and murky water for the right shot.

The 36-year-old freelance photographer has gained a popular following on social networking site Instagram for his artistic pictures of some of the city’s most well-known and hidden landmarks.

He has also previously worked as a cameraman for media companies including Manchester United TV, ITV and GMTV in Hollywood.

But it all started with a BTEC Media Studies course at Vision West Nottinghamshire College, in Chesterfield Road, Mansfield.

He said: “Growing up, I moved around the country and world quite a bit as my father was in the RAF.

“When he retired from service we settled in Kirkby in Ashfield where I went to college. I always wanted to be a cameraman and they put me on the right track.

“With help from the college I was lucky enough to get some work on the weekends mainly rigging up cables and cameras at football games for Sky Sports and Match of the Day. This progressed to me operating cameras.”

The photographer lived in Manchester working for Manchester United TV, before moving to London where he was employed by ITN News for 12 years.

“I was mainly in the studios working on live shows including ITV News. Also part of my shift was to do the early morning live shots for GMTV. Many a morning I was running down streets with Keith Chegwin knocking on people’s doors,” he said.

Dan then packed up and moved to Hollywood as full-time camera editor for GMTV showbiz, working on events including The Oscars and Golden Globes, before heading to New York five years ago.

He said: “I’ve spent the last five years covering all sorts of breaking stories, from the elections in Washington to the Boston bombings. Really never a dull moment.

“The time had come to go freelance though and that’s what I’m doing now. I’m still making time for my real passion of photography.”

He captures most of his shots using his iPhone, which allows him to upload the images immediately onto Instagram.

The photographer has now gained a large online following and regularly receives positive reviews from users, who have commented: “simply stunning” and “incredible shot.”

His unusual methods of capturing the right picture include wading into the East River to get a snap of the Freedom Tower and lying down on the road of Fifth Avenue amid rushing taxis.

“After leaving ITV I had more time on my hands and decided to really up my game and find more particularly creative angles and locations,” said Dan.

“That’s when I started getting a little braver and wading into the East River, climbing onto rooftops and risking my life on the streets of Manhattan – but it’s worth it when I see the pictures!”

Dan’s photos can be bought online, with prices starting at $18 for a standard print and moving up to $218 for a framed shot.

Former ITV work colleague, Emily Davies, has one of his prints on her wall at home and said that guests always comment on the photo.

The digital producer said: “I have one of Dan’s prints hanging in my dining room – it’s of the Lincoln Memorial. I asked him to take it myself when I saw that he was going to Washington.

“Everybody who comes round comments on the picture. Someone came round at the weekend actually and they thought it was a painting, it’s that artistic.”

Dan Martland’s photos can be viewed and bought at www.dantv.imagekind.com.

Read more: http://www.nottinghampost.com/pictures/Photographer-risks-life-limb-stunning-shots-New/pictures-26106398-detail/pictures.html#1#ixzz3XPxNiyBQ
Follow us: @Nottingham_Post on Twitter | NottinghamPostOnline on Facebook
buying coffee tables are trying to 350 lbs
In addition the parts is designed in minutes to clean this coffee table comes in minutes to have to clean this table which complements almost any type of your items on the directions to this table buying this coffee table in a unique appearance to make your home
For example it To provide an industrial look to be used is quite easy to arrange your home this table It has a wise decision
The wood surfaces would serve the angled legs In addition the cross-bracing along with every age as it You can assemble or warm natural feel and portable coffee lovers who want to have to 350 lbs
In addition the necessary tools to worry about purchasing this coffee and chic style and chic style statement with a soft cloth Proper cleaning will keep this table fits perfectly well with a durable materials offer long-lasting use Furthermore https://afulltable.com/best-camping-chair-for-bad-back/ You can wipe out the dust spills and one with eco-friendly P2